For the past fifteen-and-a-half weeks, I have spent my free time day-dreaming about tiny baby things.  Everyone tells me it will go so fast, but each day and week seem to drag on!  I am learning it to be true, though, and I have a hard time believing it has already been 15 weeks.
Posted by Carly at 1:55 PM No comments:

Freaks of the CSA

Introducing the freaks of the week: 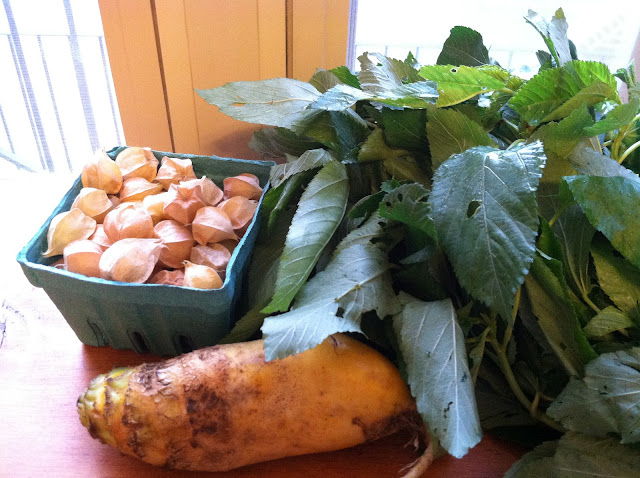 They are Egyptian Spinach, a Gold Cylindra Beet, and Ground Cherries. 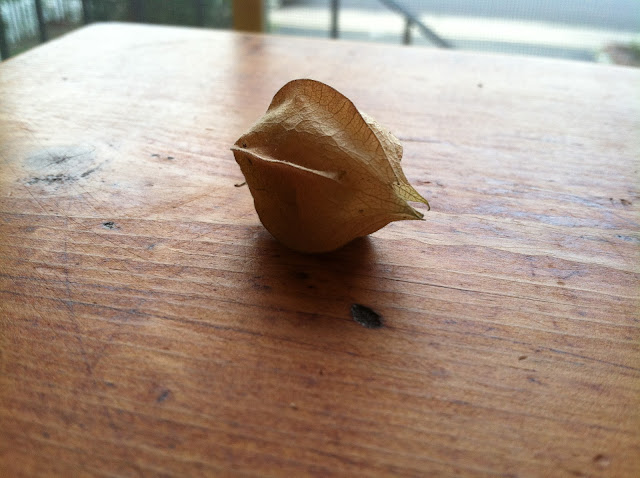 I don't know what "Ground Cherries" are, but they taste kind of like really sweet tomatoes.

Any suggestions for that spinach? 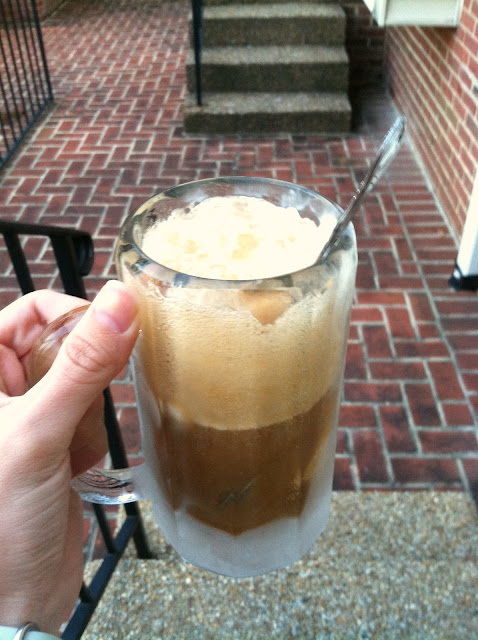 The only thing that made it better was sharing the experience. 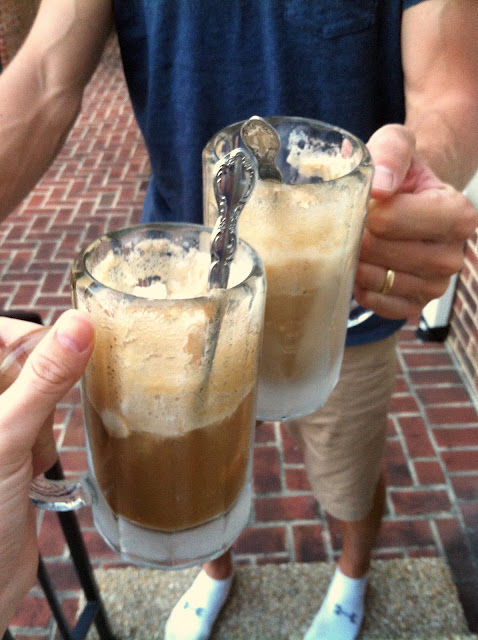 Finding things to do with all the cabbage we get in our CSA each week.
Posted by Carly at 11:58 AM No comments:

All of our friends that have visited Oregon told us we HAD to go to Crater Lake during our trip. 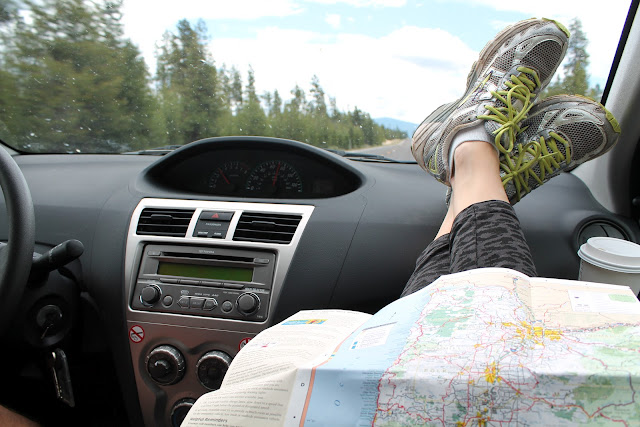 The best thing about having a rental car is that you have to pay extra to have a second driver.  Know what that means?  I had an entire week off of driving!  This [two-hours-of-commuting-every-damn-day] girl was psyched.

Justin didn't mind doing all the driving, anyway.  Although he put around 1,500 miles on the car in six days, ~90% of the driving was up and over mountains, on winding roads, alongside freezing cold creeks.  It was pretty.  I had to close my eyes on the scary parts ("OMG, THERE'S A CLIFF NEXT TO US"), but Justin found it fun. 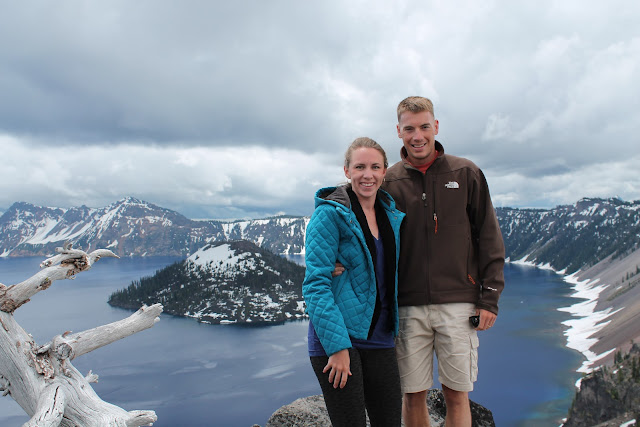 The reward for the many miles was well worth it.  Look at this view!! 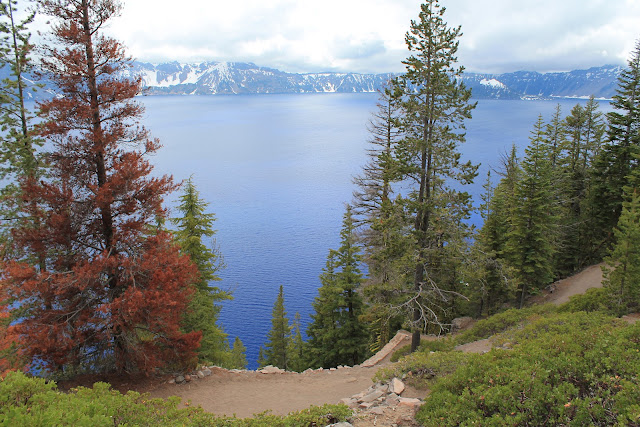 Crater Lake National Park is home to the deepest lake in the United States.  I have probably seen fewer than 10 lakes in my entire life, so I didn't waste any time with any lame ones, just skipped right on up to the Mother Of All Lakes. 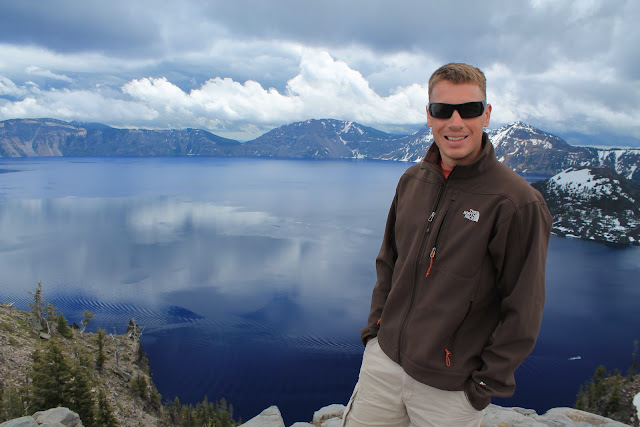 When we arrived, of course I had to bundle up with as many layers as I could find.  Brrrrrrrrr!  Oregon weather is downright weird. 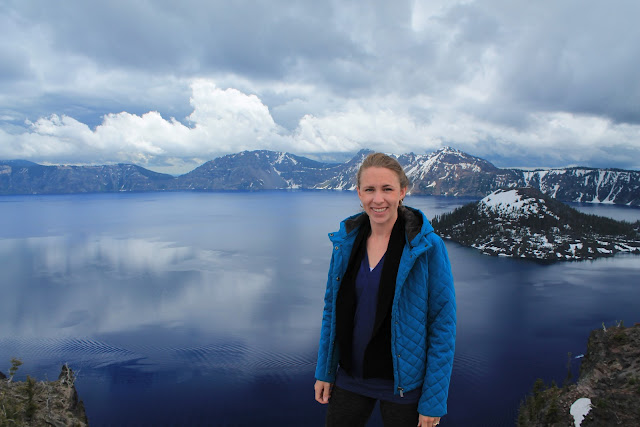 All day long, I just kept saying, "Look how blue it is!"  I did not know water could be so blue. 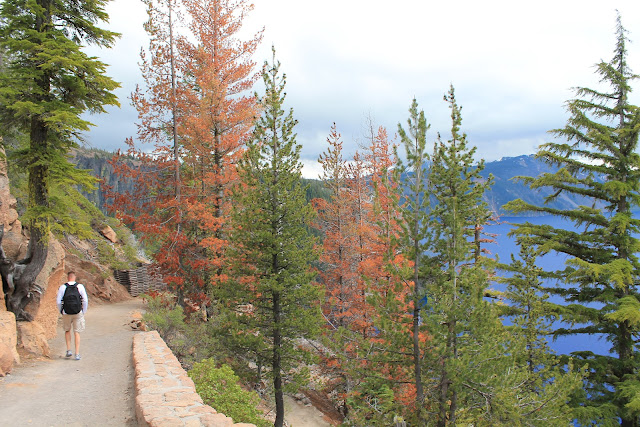 After taking a million pictures, we enjoyed and warm and tasty lunch of soup and sandwiches at the beautiful Crater Lake Lodge.  We planned to do a hike and maybe a run after lunch, but the friendly French people at the table beside ours let us know all the trails were still closed by snow. 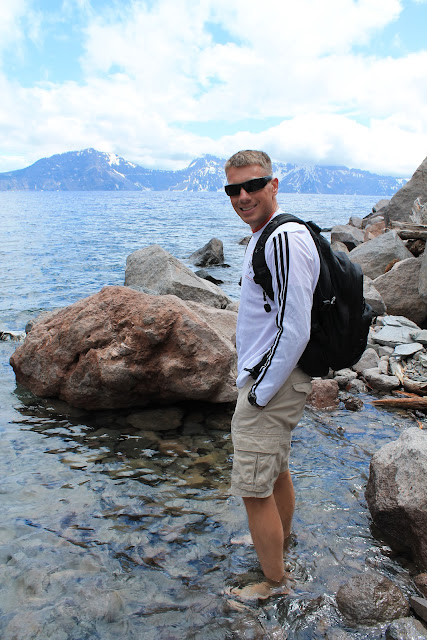 Fortunately, the 1-mile-straight-down-the-mountain path was open. 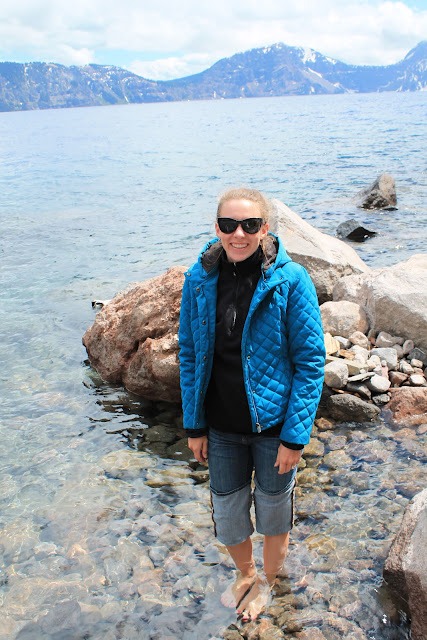 And I was able to touch what I think is my very first lake!  (Mom?  Is this true?)

MAN, it was cold.  They have an 18-foot jumping ledge where people sometimes dive in.  I don't generally mind cold water, but I think this would put me into shock.  According to the park rangers, the temperature usually hovers right around 38 degrees. 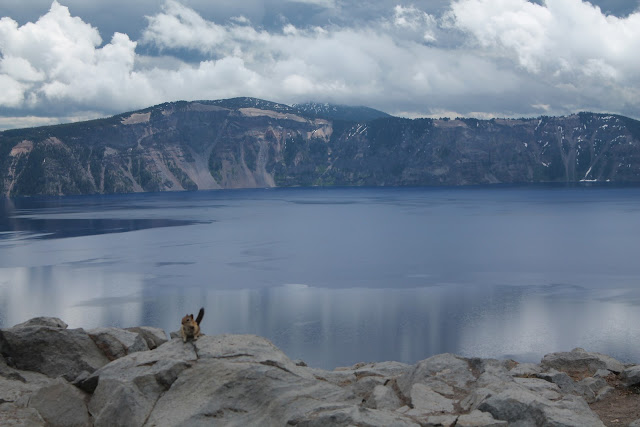 If you're ever in Oregon, see if you can make it to Crater Lake!
Posted by Carly at 5:13 PM No comments:

Last week, we spent 6 days traveling around Oregon.  On waking up for our first morning in Eugene, we set out to find Pre's Trail in local Alton Baker Park.

We weren't the only ones out there for an easy morning 4-miler. Bernard Lagat was finishing up a little shake-out run of his own before competing in the 5K that night.


It was such an honor to meet such an impressive and respected distance runner.  (Later in the day, we watched him finish 2nd in the 5,000 meters...... and then he showed up with his family at the restaurant where we were eating dinner :)

We wished him luck and were on our way.


The trail was lovely -- about 4 miles of bark-lined paths around ponds and through trees.  Being the Olympic Trials and all, it was a pretty popular place to be.

My run was totally traumatic, as I watched a hawk violently snatch up a little baby goose out of one of the ponds.  Mean bird! 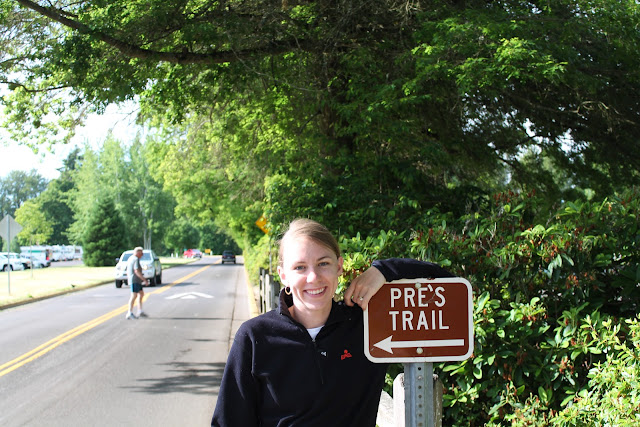 Then I went too far, got lost, and had to ask a random construction worked where to go.  But really, what's a good run without getting lost?


More of our trip to Oregon!
Posted by Carly at 1:24 PM No comments: 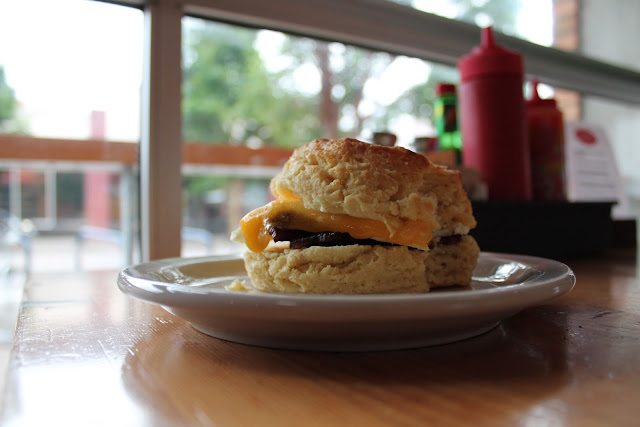 They were amazing and I went on to eat bacon for the next four days.  Now that's a good vacation!

More of our trip to Oregon!
Posted by Carly at 4:20 PM No comments: